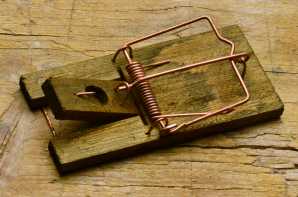 In Eagle U.S. 2, L.L.C. v. Abraham, 627 Fed. Appx. 351 (5th Cir. 12/11/15), the Fifth Circuit affirmed remand of several mass actions that had less than 100 persons in each suit. Under CAFA, a state court suit may only be removed if it is a “mass action” with 100 or more plaintiffs whose claims are to be consolidated or tried jointly because of similar fact and legal questions common to the plaintiffs’ claims. The plaintiffs’ counsel in Eagle had 1,700 clients with identical claims. He divided up the claims into 77 separate mass actions (averaging 22 plaintiffs in each case), with identical claims by each plaintiff against the defendant.

The defendant asserted that CAFA applied, based upon “piercing the pleadings” in the 77 different lawsuits to satisfy the 100-person per suit requirement of CAFA. The defendant argued that the 77 suits were really one lawsuit, as all 77 complaints filed by the same lawyers make identical claims on behalf of more than 1,700 plaintiffs and that the 100-or-more-person requirement is satisfied because plaintiffs’ counsel broke up their client base into multiple suits in a tactic to prevent the assertion of jurisdiction under CAFA. Eagle U.S. 2, 627 Fed. Appx. at 353.

The Fifth Circuit disagreed and held:

The “100-or-more-persons” cannot be satisfied by piercing the pleadings across multiple state court actions when the plaintiffs have not proposed that those actions be tried jointly or otherwise consolidated.

On the surface, the advantages that plaintiffs seek by being in state court would seem to be outweighed by the burden and expense of 77 separate lawsuits in the same state court assigned to multiple judges – as opposed to a single consolidated proceeding. Under Louisiana law, cases cannot be consolidated for pre-trial purposes only. Presumably, defendants could renew the CAFA removal if some or all of the 77 different lawsuits are consolidated for trial in a Louisiana state court.

The Louisiana Fourth Circuit in Oddo v. Asbestos Corp., 2014-0004 (La. App. 4 Cir. 8/20/15), 173 So.3d 1192, considered the trial court’s rejection of the every exposure theory, but did not rule on it. Instead, it affirmed the trial court’s adoption of the theory that every above-background exposure to asbestos contributes to the development of mesothelioma (which the defendant’s expert agreed was a valid, reliable theory).

The Louisiana First Circuit in Robertson v. Doug Ashy Building Materials, 2014-0141 (La. App. 1 Cir. 12/23/14), 168 So.3d 556 reversed the trial court’s rejection of the every exposure theory plaintiffs’ expert called his “special exposure” theory. The court held that a plaintiff is not required to prove his “quantitative level of exposure,” and endorsed, as reliable, the plaintiff’s expert opinion that if “there was a scientific reason to believe that the form of the exposure…would be expected to increase one’s risk of developing mesothelioma,” the plaintiff had a substantial exposure to asbestos.

Recent Louisiana appellate decisions arguably send a message that “every exposure” to asbestos will defeat a no-evidence motion for summary judgment in an asbestos exposure case. This trend will force more defendants to pay cost-of-defense (or higher) settlements. See: Alberes v. Anco Insulations, Inc., 2013-1549 (La. App. 4 Cir. 12/10/14), 156 So.3d 795 (5 day exposure in a fifty-year exposure period is an issue for trial); Francis v. Union Carbide Corp., 2012-1397 (La. App. 4 Cir. 5/8/13), 116 So.3d 858 (the conduct of asbestos insulation work while the deceased was at the refinery creates a dispute issue of material fact for trial); but see, Landry v. Avondale Industries, Inc., 2012-0950 (La. App. 4 Cir. 3/6/13), 111 So.3d 508 (partial summary judgment on liability in favor of plaintiff reversed because of disputed fact about the quantity of asbestos to which plaintiff was exposed by defendant).

In these decisions, the courts recognize the general rule that an asset-purchaser has no successor liability for the tortious conduct of the asset-seller, with three basic exceptions: